I tottered down the cobblestones back to Magdalen expecting that the old Sainsbury bags appending from my arms would burst at any moment and strew the pavement with my priceless treasures from the Oxford Antiques Fair. Although elated by my finds and with my flat cap at a particularly jaunty angle, I was quietly dying inside. For this, my last day in Oxford was already approaching the half way point.

The deer had clustered most sympathetically near to the wall as I returned to “The Grove” and I tried to recall some appropriate madrigal to suit the mood. I sadly hummed “April is in my Mistress Face” while I fumbled with the latch key as a single tears rolled down my cheek.

The Don had kindly offered coffee at 3.30 so I spent the remainder of the time washing, researching my finds on the internet (drawing undoubtedly Edward Burne Jones) and packing all the valuables I had acquired. The Jacobean glasses I encased in bubble wrap and tissue paper, and then stuffed into the pair of thick long socks, sensibly bought at Harrods earlier in my adventures. These, with the inlaid box and the studio pottery were encased in My Esteemed Colleague’s Doc Martin box with the spaces well-padded with my cashmere sweater which has had no other use this trip. Let us hope having survived two and a half centuries that the glasses are not destined to be smashed to pieces by a 21st century baggage handler hurling my case onto the carousel in Perth airport…

I met The Don at the appointed time and I had a delightful two hours, enjoying a coffee in yet another of Christchurch’s gracious sitting rooms and after a final look at the William de Morgan lustre tiles adorning the fireplace we embarked on a final wander through the town.

The Don had entre into the collection of art at Christchurch (“oh dear they must have moved the Leonardo”), the spectacular hall in the Bodleian, and Keble College with the most astounding example of high Victorian Gothic in the Chapel that took your breath away. The Don said he did not care for the Keble chapel as it was too ornate and over the top. I’m afraid I loved it which says something about both our tastes. We went into a side chapel where The Don pressed a switch on the wall and a spotlight eerily illuminated the disturbing and ugly original Holman Hunt “Light of the World” painting. The effect was principally creepy and I expected to hear manic laughter and a loud discordant noise on the organ to accompany the revelation but none came and we left into the sunlight. A few more turns down leafy lanes and I bid The Don adieu for the last time, forever grateful of his attention and company during this wonderful trip.

And here I sit, bilious from overindulging in a chicken kiev and treacle pudding which I ate in the grand hall, all alone and despairing in its panelled glory, finishing my memoirs.

I shall never forget these past two weeks, so filled with wonder and so packed with adventure and excitement.

You will be glad to know that I have currently taken 1208 photographs, all of which I hope to have included in the complete edition of “The Wonderful Adventures of Papa Bouiloire” which I am giving Oxford University Press the first refusal.

So au revoir dear reader, until we meet in person again. Think of me in the horrors of London and may you too one perfect English summer enjoy a similar voyage as experienced by your most devoted admirer,

If you can see through your inevitable tears having reached the end point of Papa Bouilloire’s fantastic adventure you can at any time, relive the joys of his travels by clicking on this link where you will find all the chapters set out most charmingly for you delectation. PAPA BOUILLOIRE – The Virtual Boxed Set 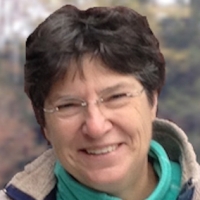