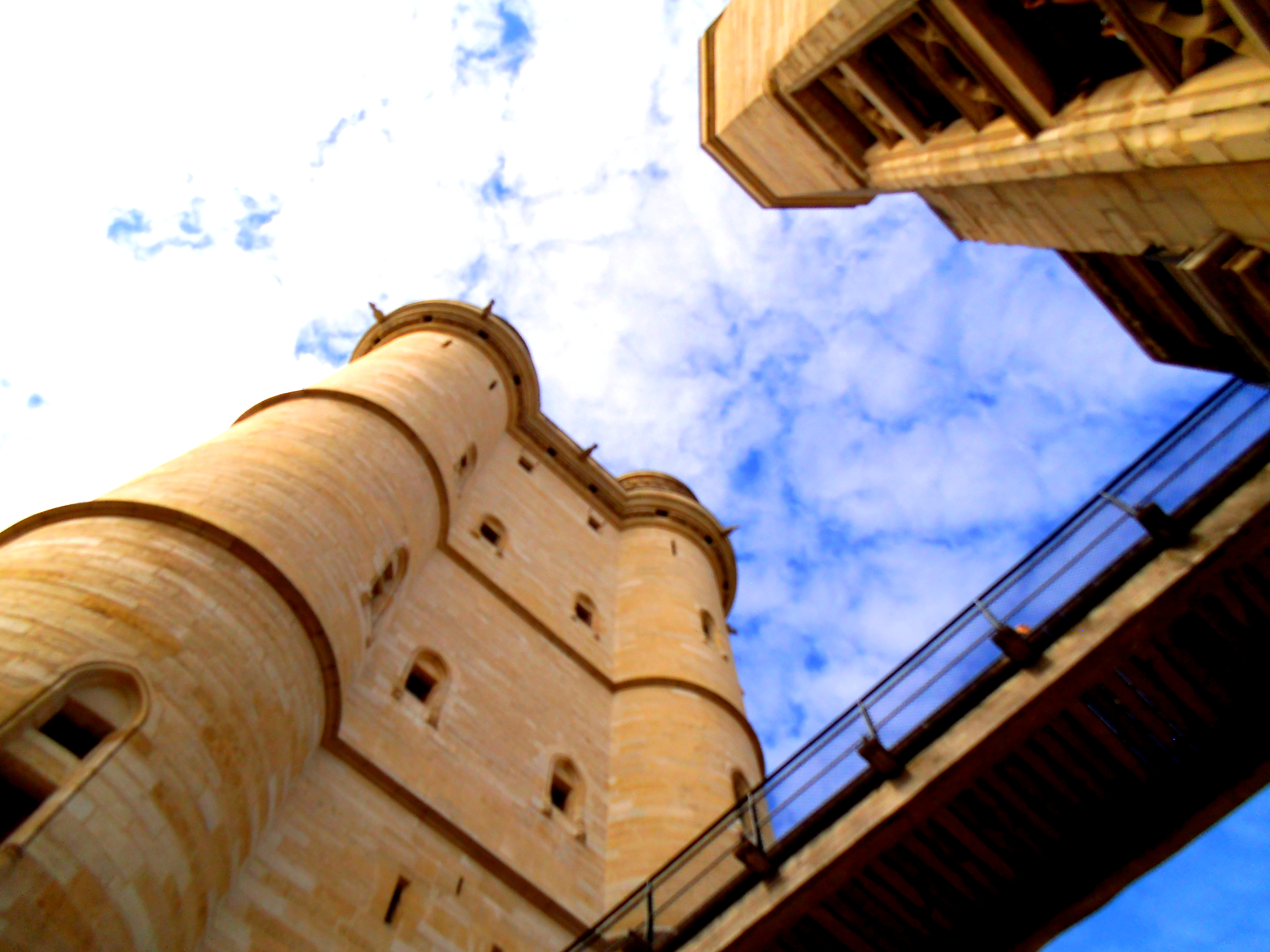 Château de Vincennes is a fairy tale castle just a single metro ticket away from Paris. The home of the Kings of France from the 12th century until Louis the 14th Decided that he wanted something a little more “chic” and built his little abode at Versailles.

The spectacular donjon tower, an amazing 52 metres high and the tallest medieval fortified structure in Europe looked spectacular in the sunlight and I snapped this photo underneath the wooden bridge that joins the donjon to the outer wall.

The English word “dungeon” is derived from the French term “donjon” which meant the great tower of the castle and therefore the strongest place to both live in and keep prisoners. Over time the English used it in the sense of the worst part of the donjon, the dank, lower sections and underground chambers and hence the idea of “dungeon” as an underground prison was born.

The French term “oubliette” is now a more appropriate equivalent of the English “dungeon”.

According to one source the game “Dungeons & Dragons“ is titled “Donjons et Dragons” in the French editions which is rather more romantic sounding n’est-ce pas?

“An oubliette (from the French oubliette, literally “forgotten place”) was a form of dungeon which was accessible only from a hatch in a high ceiling. The word comes from the same root as the French oublier, “to forget”, as it was used for those prisoners the captors wished to forget.”  http://en.wikipedia.org/wiki/Dungeon